NEW YORK, KOMPAS.com – A race to develop natural, zero-calorie sweeteners is bubbling up in the nation's $100 billion beverage industry. PepsiCo, looking to revive itself in the declining soda industry, is boosting its development spending for this search and to mix up new drinks.

PepsiCo Inc. said Tuesday at an investor meeting that it is putting "unprecedented resources" toward reformulating its beverages with natural, no-calorie sweeteners such as stevia, an herb grown in South America and Asia, and to find new ones.

Soft drink sales are falling as people look to cut calories and worry over other sweeteners such as high fructose corn syurp. Shopper thriftiness in the recession is also hurting sales. So coming out with new, no-calorie drinks is a way to keep people buying.

The race gets even more pressing now that there's talk of a tax on sugary beverages. PepsiCo has used a version of stevia in some of its Tropicana and SoBe Lifewater drinks, said Massimo d'Amore, CEO of PepsiCo's Americas Beverages unit, which overseas drinks in North and South America. Having employed the technology in non-carbonated beverages, now PepsiCo wants to do the same for soda.

"The next barrier we have to break is to do the same with carbonated products," d'Amore said at the second day of an investor meeting Tuesday. "The reason they're not out there yet is because there are some taste issues we are working on."

PepsiCo said it has a pipeline of zero calorie, natural sweeteners in the works, but it declined to say when they might be released, how much of its portfolio would have them or how much it's spending on research. Rival Coca-Cola Co. is likewise looking for these sweetener alternatives, said UBS analyst Kaumil Gajrawala.

"I think the scramble is on to get the taste profile, and it seems like both companies are close to it," he said.

Coca-Cola has used a version of stevia in its Odwalla juices, Vitaminwater, and some carbonated beverages such as Sprite Green, among other products. The company said in a statement Tuesday it is looking into further using stevia-based sweeteners in several of its beverage categories. It is also studying additives that could enhance the sweetening power of sugar, letting it use less.

The possibility of a tax on sugary beverages, which some health leaders and lawmakers are calling for to fight obesity, makes the search all the more important, d'Amore said. He added PepsiCo has been working on the developments since before talk of the sugar tax surfaced.

"Discussions of a sugar tax are only adding more sense of urgency to this," he said.

He said the taste and… 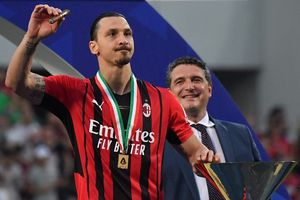 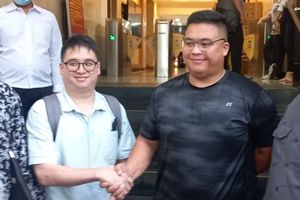