JAKARTA, KOMPAS.com - Volkswagen AG (VW), the German giant automotive company, will make a 140 million US dollar investment in Indonesia, for which it had a meeting with the Industry Ministry.

"The meeting early this week discussed investment prospects in Indonesia. And a VW representative will return and again meet the industry ministry for finalizing the investment plan," President Director of PT Garuda Mataram Motor (GMM) Andrew Nasuri said here on Tuesday.       Andrew said VW planned to build a factory with a capacity of producing 50,000 units in 2012. The plant was scheduled to become operational in 2013. VW was still making a selection of the location of the plant, including in Cikampek, West Java.       The building of the plant, Andrew said, was aimed to make VW products to become competitiveness in the Indonesian market, in meeting VW’s ambition to become the number one player in the automotive business in the world, beating Toyota and General Motors. He believed that the price of VW products can be reduced by up to 40 percent if production is done in Indonesia, because VW will enjoy import duty cuts, if the cars are imported in CKD (completely knocked down).

Andrew said cars that had been imported in CBU (completely built-up) had reached 45 percent, and only 10 percent in CKD.  Right now, he added, the import duty of VW cars is still too high, although some had already been built in Indonesia, like  Touran and Golf TSI, because the shipment of the cars from Germany was still in roll form.

Giving an example, he said that the price of a Touran (multi purpose vehicle/MPV) reached Rp395 million, much higher than Rp 250 million of a Toyota Kijang Innova.       "Localisation would be necessary for competitiveness. Risks had to be taken to enjoy a high growth of the Indonesian market," he said.       This year, GMM planned to raise its sales by 236 percent reaching 400 units, while last year reached only 122 units. The increase in the sales was triggered by the release of locally assembled VW Golf TSI with a price tag of Rp339 million. 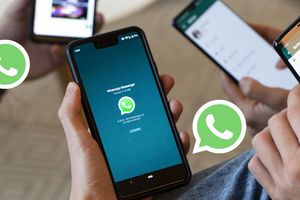